During discussions I find that a lot of people seem to get the words “sympathy” and “empathy” mixed up, or use them interchangeably as if they mean the same thing. For today’s blog topic I will explain the important differences between Sympathy and Empathy.

Empathy is the ability of an individual to take on the perspective of another person. It allows one individual to imagine how another individual is feeling, acting and thinking. I hypothesize that empathy is an emergent property of the neural mechanisms described by motor neuron theory. 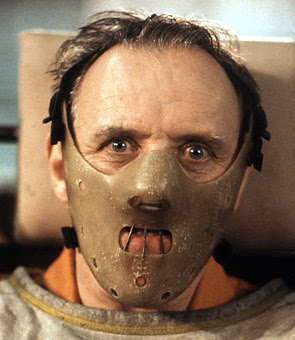 Our capacity to be empathetic is due to the fact that all humans are physiologically and neurologically similar to one another. This is because all humans arose from common ancestors whose bodies and minds evolved under the same selective pressures and dealt with the same types of experiences. These experiences shaped our neural machinery over several generations so that now, the structure of our brains is fundamentally the same among members of our species. Of course, due to our inherent uniqueness, the structure of one individual’s neural machinery is never identical to another’s, but it is similar enough so that most individuals’ experiences are concordant.

For example, my perception of the color red might be very different from yours, but we can both agree that a particular stop sign is red. The idea that I can put myself in your shoes and imagine what you are experiencing is empathy. The fact that my brain and nervous system are structured fundamentally the same way as yours, allows for this possibility.

I can empathize, and thus understand and appreciate, a broad range of the emotions and experiences that you are feeling, whether it is happiness, sadness, anger, excitement, suffering, etc. I can even "empathize" with your thoughts through different forms of communication. For example, when I am reading an essay, I am essentially empathizing with the author’s thoughts and ideas regarding a particular argument or topic. By reading the essay, I am recreating my own version of the neural activity that was originally developed in the author’s mind. Therefore, empathy is the recreation of neural activity which can correspond to a broad range of human experiences, whether they are emotional, intellectual, or physical, from one individual’s mind to another.

Sympathy, on the other hand, is fundamentally different. It is an emotion which elicits a nurturing response from somebody who is witnessing somebody else’s suffering. Suffering is a necessary prerequisite for sympathy. I can only feel sympathy for you if you are suffering. As I witness you in pain, “suffering patterns” in my brain are activated which then causes me to feel what you are feeling and encourages me to nurture and care for you to alleviate this distress that we now both feel.

If I am walking downtown and I see a bum, I empathize with the bum’s suffering and may feel a need to help him by giving him some extra change (or some extra crack). In essence, upon seeing him I may, consciously or unconsciously, imagine myself in his shoes (or grocery-bag-tied-with-elastic-bands-footwear) and suffer vicariously through him. This suffering which I feel then elicits a nurturing response from me called sympathy. Thus, we can reason that empathy is a prerequisite for sympathy. We cannot experience sympathy without experiencing empathy. But is the reverse true? Is sympathy required to experience empathy? The following example will help illustrate. Say you’ve made me so upset (i.e. by insulting my mother) that I punch you in the face. Having been punched in the face several times in the past, I can empathize with what you are currently experiencing. I know that your face is going to be sore for a couple of days and that you will suffer. However, since it is something that I felt you deserved, I will not feel any sympathy for you. After all, you were insulting my mother, and NOBODY is allowed to insult my mother! Therefore, I reason that sympathy is not required for empathy.

This brings me to the topic of psychopaths. If you did not discern between empathy and sympathy before reading this article, you should not feel stupid! It is a distinction that has been overlooked by mainstream academic psychologists with PhDs! For example, the DSM-IV, which is essentially an encyclopedia of disorders that mental health professionals use to diagnose patients, defines a psychopath as such: “Psychopaths possess a general lack of empathy. It includes deficiencies in comprehension and appreciation of others’ experiences and motivations, lack of tolerance of differing perspectives and diminished understanding of the effects of own behavior on others. At an extreme they are simply unable to understand the emotional states of other people, except in a purely detached, intellectual sense. Other people are thus little more than objects for their personal gratification. They are not disturbed by the suffering of others, nor do they take pleasure in making others happy. This callousness extends to everybody, family or strangers alike. They neglect other people's needs and desires and can casually inflict cruelty.” [Emphasis added]

Having just clearly differentiated between empathy and sympathy, it is difficult for me to accept this definition as being true. I argue that some psychopaths have an excellent ability to empathize. I would argue further that the ability to empathize has nothing to do with being a psychopath; rather it is the lack of sympathy which is the defining feature. 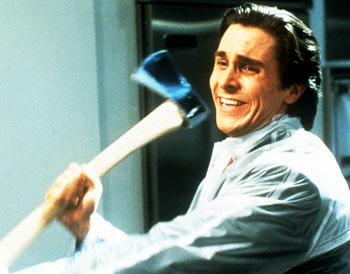 The successful psychopath is able to manipulate people with ease, and this is something that requires a lot of emotional and social intelligence which can only be achieved through high levels of empathy. What psychopaths are lacking, which can be troubling to other members of society, is sympathy, pity, remorse, or any other “nurture-inducing” emotions, which is probably why men are more prone to being labelled psychopathic than women. This is because women are naturally inclined to be nurturing due to their biological role as mothers.

I am sure most of you know this already, but contrary to popular belief, psychopaths are not crazy people who go around killing others for fun. Psychopaths are simply people like you and I who want to achieve their goals in the easiest way possible. Some of them just happen to have an intimate understanding of the way emotions function in humans and view psychological manipulation as a valid tool to achieve their goals. They may appear to be “unable to understand the emotional states of other people, except in a purely detached and intellectual sense”, as the psychologists put it, but how else is it possible to understand something fully without being detached and viewing it intellectually? The good psychopath places himself above the storm of his emotions to view things objectively and to make decisions in a calculated and rational way.

To sum it up, empathy is the ability to share an experience with another person. Sympathy is the feeling of distress upon witnessing another person’s suffering and the nurturing reaction that it elicits. I hope this cleared things up.